Rob Linton has worked in the broadcasting and entertainment industry for over 24 years. He began Special FX DJ Service when he was just 17 years old, and has built a successful DJ business based solely on word of mouth referrals. Rob decided early on not to advertise his DJ services in expensive publications and other media venues – but instead rely on the word of mouth from his satisfied customers. With that in mind, Special FX DJ Service has been a part of hundreds of events since its inception in 1997. In his full time role, Rob manages Jazz90.1 (WGMC-FM) in Rochester, New York and serves as afternoon host weekdays from 4-6 p.m. Rob came to Jazz90.1 from 1180 WHAM in Rochester, New York where he served as News Anchor, Producer and Public Service Director. He began with WHAM when he was just 18 years old, and a freshman in college. His work at iHeartMedia (owner of 1180 WHAM and 6 other local radio stations) also included the role of Promotions Coordinator for 106.7 KISS FM, 100.5 The Drive, Sunny 102.3, The Nerve 95.1/95.5, Sports Radio 1280 AM and 107.3 FM. Before coming to WHAM, Rob worked briefly at WWWG 1460AM as a producer and DJ while still in high school.

Rob is a professor of media and communications at St. John Fisher College, and has previously taught at Monroe Community College and Nazareth College. He has also taught Radio and Television Broadcasting to high school students in the Greece Central School District and Digital Communication/Media Production at the WEMOCO Career and Technical Education Center. Rob graduated from that same program at WEMOCO his senior year of high school, earning a certificate in television and radio broadcasting.

He also has previously served on the board of directors of the Monroe 2-Orleans Educational Foundation and the Hilton Education Foundation. Rob is also an ordained wedding officiant.

Rob looks forward to bringing quality entertainment to your next event. 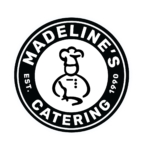 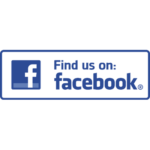